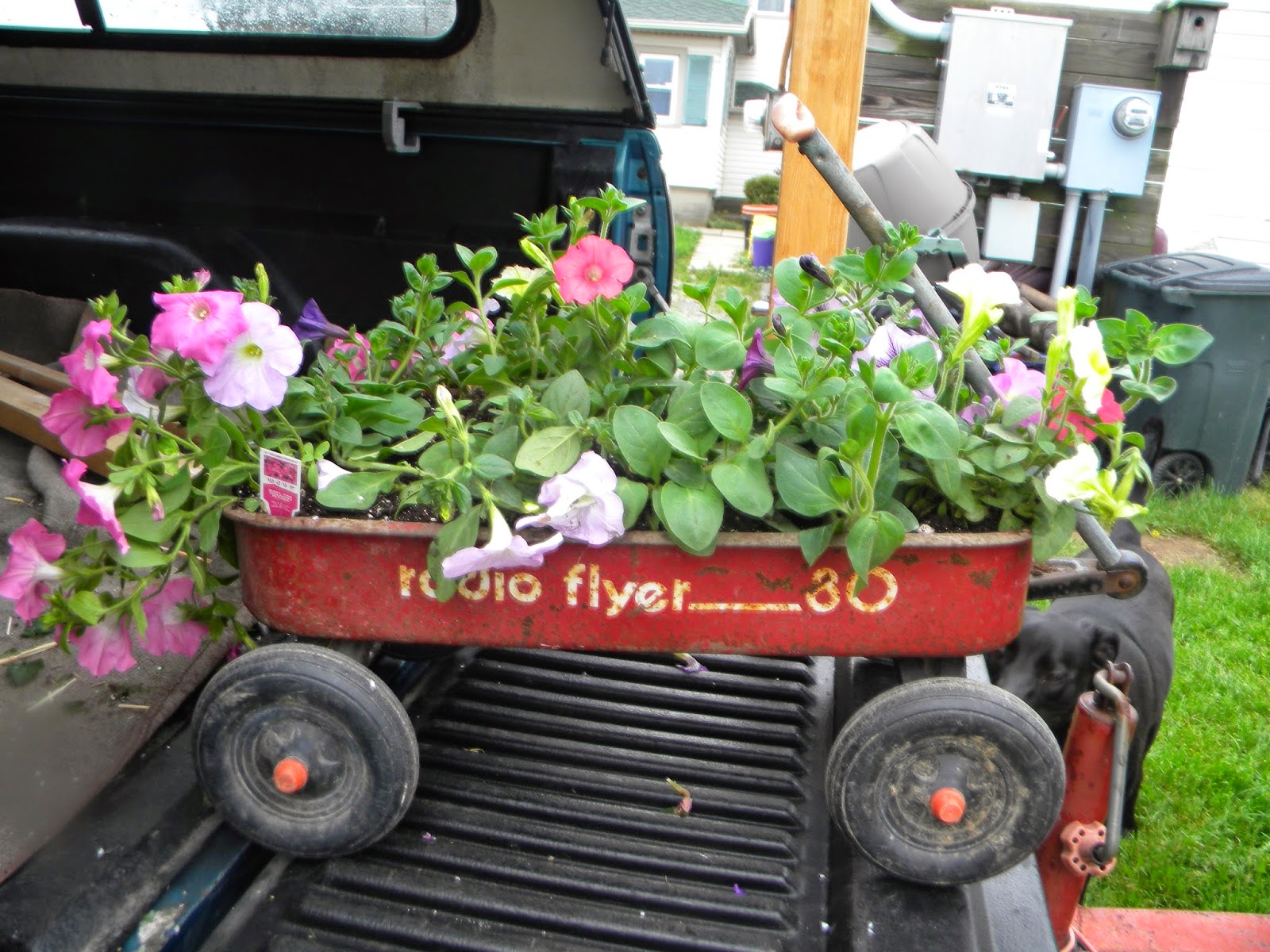 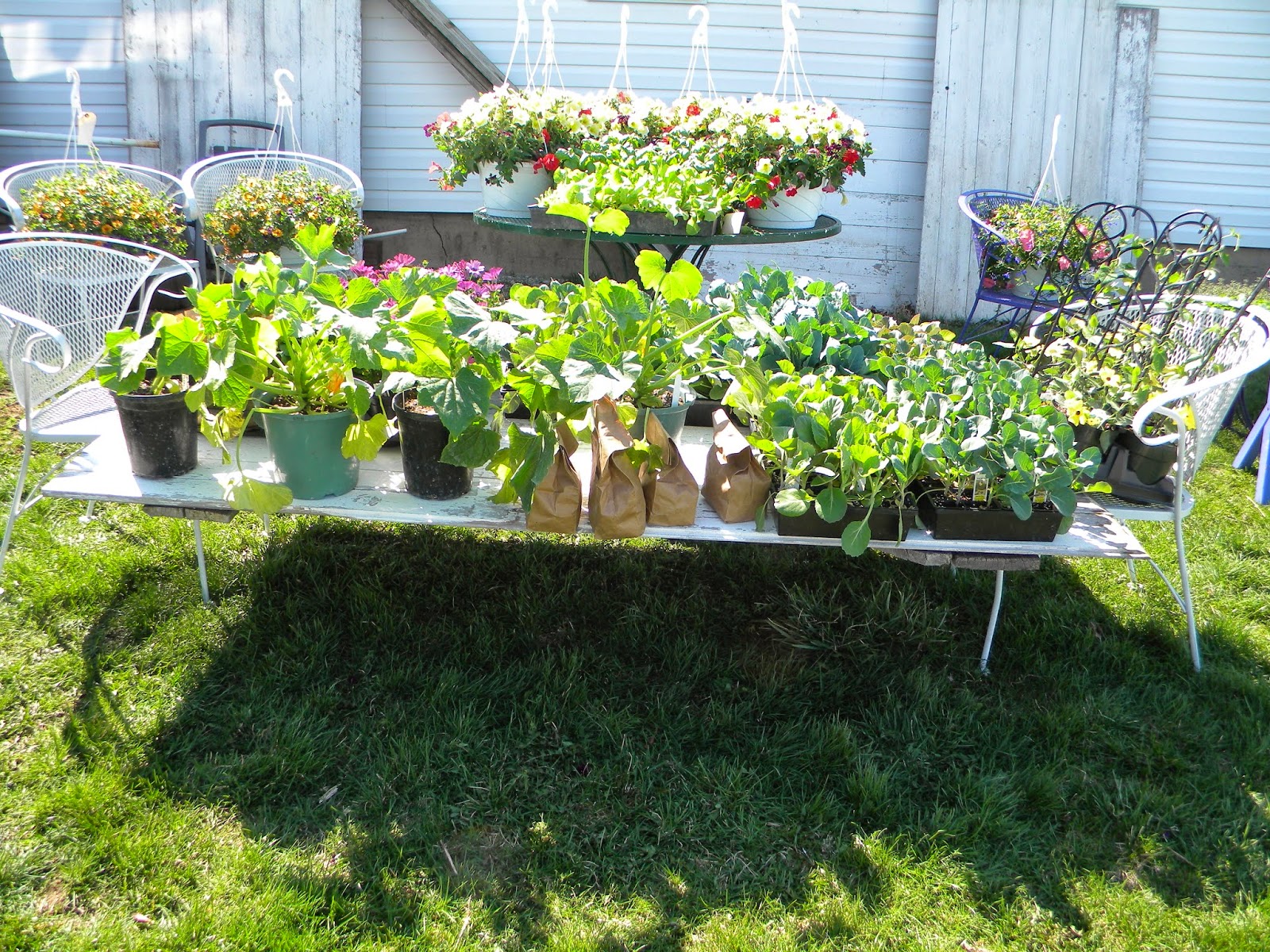 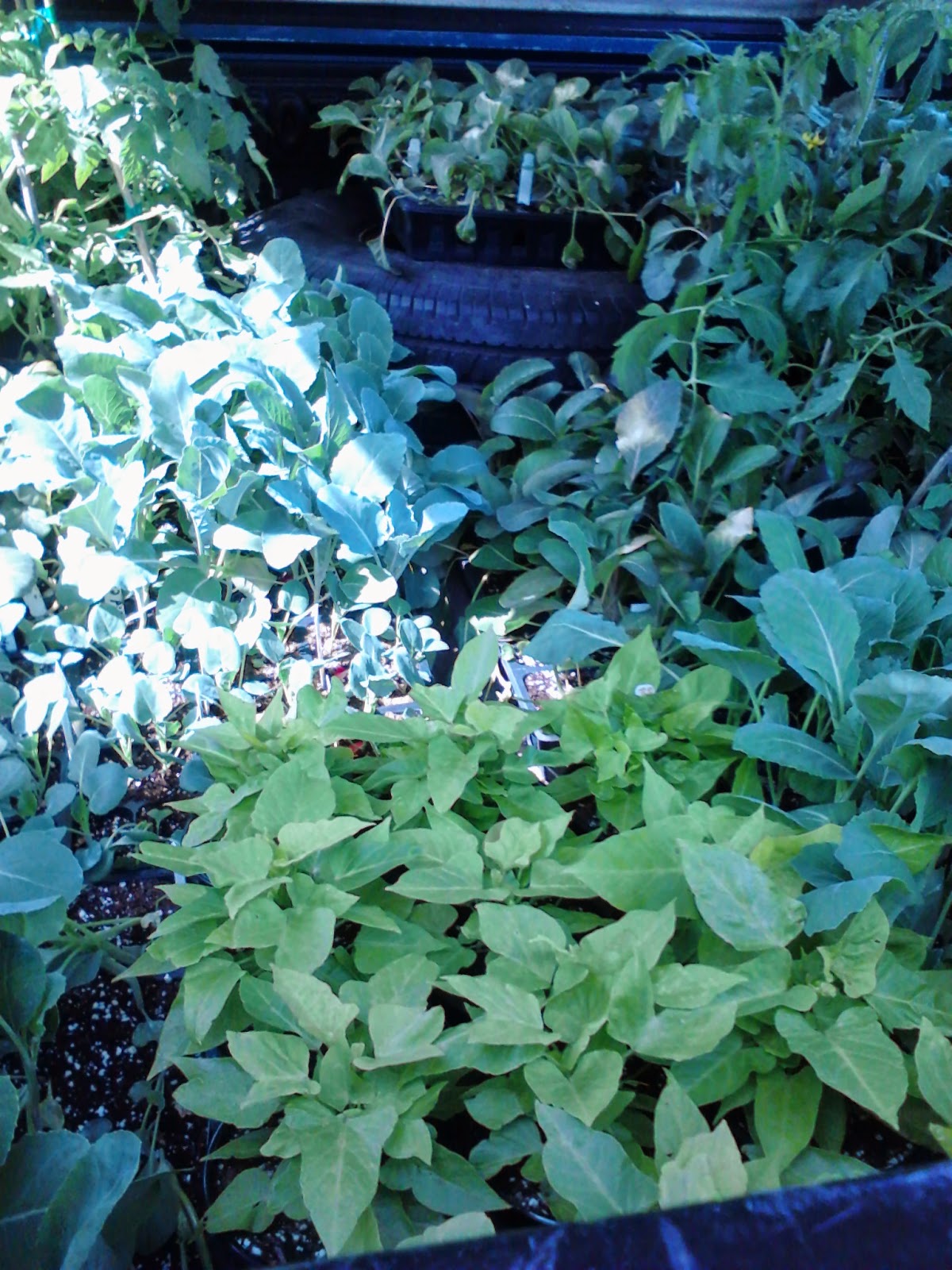 We go to the Scioto Valley Produce Auction which is ran by the Amish in the spring to get our plants for the gardens and flowers. Pictures above are just a very little bit of what I have gotten. I've gotten tomato plants for 25¢ each. Bought several trays of 48 tomato plants for $5. Broccoli, cauliflower,onions,cabbages, pepper plants and more for a lot less than I would pay at a green house or the stores. 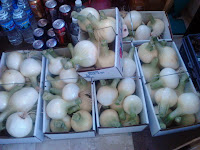 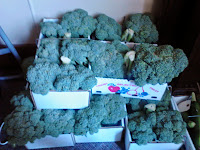 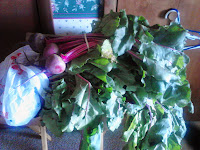 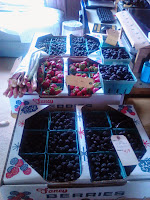 Then middle of July to the beginning of August we go again and starting picking up produce that is raised by the Amish. This was some of what we have bought last year. This year we didn't go because my gardens were running us over as it was.Then my deep freezer died and took it all with it. :(  Can you tell I am still upset over it ?

We went last month with some friends, we usually wait until middle of October for fall crops but they wanted to go to the pumpkin auction. I had to leave early before the auction was over so I left Hubby with a list. I wrote 5 b green beans...meaning boxes which was 1/2 bushel each...he got 5 bushels. Granted after canning it the cost worked out to 26¢ a pint, (I can in pints because that is the jars I have) so it ended up a good deal except for Hubby that doesn't like green beans to begin with. He eats them, but doesn't like them. I have over 240 pints and I still have a few coming in from our own plants.He is going to eating green beans every 4 days.

Next weekend we go for the fall crops.

I really hope onions, winter cabbage, winter squash (besides pumpkins and acorns that I have plenty of) sweet potatoes, white potatoes, and garlic are in abundance.

Some of those that sell at the auction sell  what is their over flow from their own gardens. Some have went to growing produce to sell since farm land is limited and they can grow produce on 10 acres of land to support their family instead of 100 acres to raise crops and livestock. Last year was rough with the hard and cold winter we had. Those heating green houses by wood were sleeping in the green houses to keep the fire going where a few were heating with propane watched the cost go through the roof. Putting food on the table is their first priority, selling the rest is second.With talk of another hard winter, not as much is going to the auction as last year.