We have power to the breaker boxes in house and barn 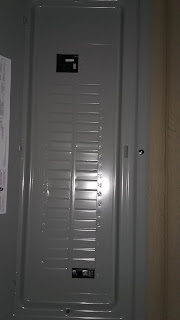 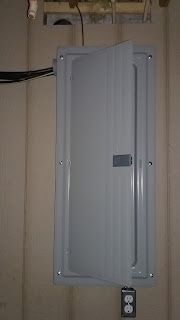 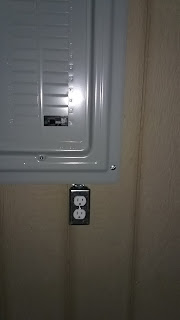 Including one live outlet at the breaker box. That is really for the guys that will be installing the furnace and AC next week in the basement and there is one in the barn also for those that are needing to cut something they can plug in instead of running a generator and charging the gas to us...cheaper for the electric bill.

Monday we meet with the head electrician as there are some things we wanted that isn't going to be possible but he has suggestions to deal with it. Since I had a friend build their own home I know even when you build it yourself there will be things that don't work as you thought they would.

Our one contractor replaced a door handle that he had to hack off because they locked the keys inside and thought that was the only set of keys(we have a set also but we are an hour away) and he was glad to tell us that you can NOT kick our doors in because he tried at every door. We thought it was funny because they gave us a lock box for the keys to be on the handle and it was on the handle without any keys. Glad to know you can't kick our doors in. You can't get the windows unlocked either as he tried those. He used to be in law enforcement.Offered to recheck house for security when we go to move in . He was limping a bit the next day with a sore foot but he didn't break his foot.

Pretty much what is left on the to buy list or pay off list in set for May.

I did order new pots and pans for the gas stove as I have the same set as Son2 had that warped on his ex girlfriend's gas stove. The pans were on sale with free shipping. I even ordered a wok, something I used to use on my gas grill 20 some years ago but had a kid (none would admit to who did it) ruin it  by hitting something with it and put a hole in the bottom. They come in at the end of the week. 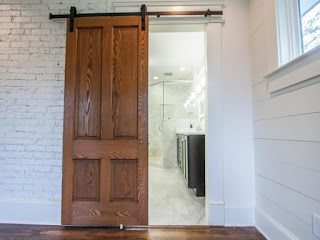