Yesterday I spent the morning scanning pictures for the funeral home. I sent a couple of them along to brother. I found a couple more for brother of him holding me, our younger brother and the neighbor's baby girl that died when she was young that I will scan today and send to him.
M had sent over 5 steaks that were 6 inches by 9 inches and at least 1 inch thick late ( like around 9 pm)Saturday night. I froze 4 of them and we had one on Sunday. It was too late for her to grind them, cook it and then can it and they don't eat steak. Told me if I didn't want them to feed them to the dogs. YES REALLY .They had butchered a steer for an Englisher who couldn't find a place to take it to be butchered... earliest to get in to butcher was late August. The steak had great flavor. One is going to be a roast LOL.
I pulled onions again, now covering a 1 ft wide by 25 ft on my front porch to start curing while the first batch is curing on the table in the hoop house that isn't all together yet..the hoop house not the onions. I cut the dried tops off the hoop house onions this morning... a few still need to be drier before I cut the last of the tops. Ones that have damage will most likely end up in dehydrator to become onion powder.
I harvest thyme and blackberries yesterday. Blackberries are going into jam and syrup this round. I have some dehydrated, frozen and canned as fruit and pie filling.
We talked about getting rid of the outhouse since it blew over. Decided against it. IF we lose power we have a generator... but if we run out of fuel for it we have no water. A friend in Alabama told us that getting fuel after a tornado was next to impossible for almost a month. Our son said when his area was hit he was driving almost 40 miles to get fuel and it was limited gallons. SO we have a fuel tank... we just need to decide diesel or gas.  We have 2 generators one of each.I am thankful the Amish that lived here put it over the septic tank. We just have to move it when it gets pumped out.
I changed several medical appts that was going to be Thursday so that's off my to do list.
We didn't have pallbears, wasn't sure who could take off work. I think everyone of the grandkids that can get off work are carrying their great grandpa. My oldest granddaughter who just came out of military is going to carry him also. People thought Daddy was weird because he always went to baby showers and played the games with the women... She is walking is his footsteps.. a soldier carrying a soldier.
Washer buzzing.. Charlotte cut her paw on something last night when Hubby left her out... she had blood smears on every pillow right through the pillow case. So pillows are now in washer...
Be safe  and let your loved ones know you think of them.
Blessed be
Posted by Chef Owings at 9:25 AM 6 comments: 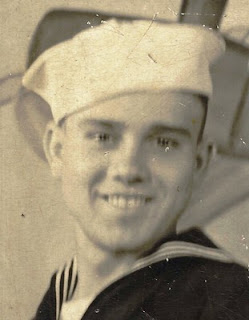 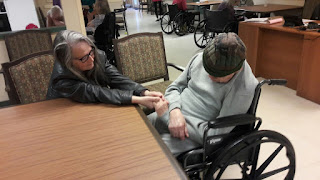 From 18 to 93 is a lot of living. Funeral is this coming Thursday. Brother and I are glad Daddy made several choices.
First ,,, he had a will , living will, power of attorney and medical power of attorney and kept it updated. HE had already put Brother's name on all accounts. The life ins and IRAs were already done for who they went to.
Second he prepaid and PLANNED his funeral in 1996... some where along the line he had lost the obit he had wrote and hadn't given the funeral home a copy to put in his file... They had a lot of the info just needed updated. The young man was wonderful to work with as he wrote the obit as if it was his own dad using the info we gave him to fill in. It was part of their services that Daddy had paid for. Daddy had already paid for the flowers and chose what he wanted. Since it's covid and Brother and I both are leary of a open service, we decided private family viewing with a graveside service that we will officiate , nothing Daddy hated more than a preacher preaching over a casket instead of focusing on the deceased and the families . With what he chose and paid for and how we adjusted it for the times there was a savings of over $15,000... yeah his solid oak casket is now $8000 and he paid $2000.
Third his grave is paid for along with his marker except for engraving the death date as my step mother and two of the three stepbrothers are already buried.  We do have to pay for opening and closing the grave. The cemetery would not do prepaid at that time.
Since we sold the house last year to pay for his medical that wasn't covered under his 2 insurances... there is no property to deal with... I do still have some of his stuff from the house but it's now pretty much down to what needs donated or into a dumpster. I cut the cord off the non steaming iron he still had and gave it to M... works great on her wood burning cook stove and she was in need of an iron anyways.
I will add that lawyer and the Funeral home told us what Daddy saved by doing it all ahead ... beside us grieving and not thinking clear and not having to make choices.... close to $15,000 was saved.... that is a LOT of money and he definitely didn't have that left in any accounts when he died so it would have been OUT OF OUR POCKETS.
Posted by Chef Owings at 7:55 AM 4 comments: