Starting with Charlotte.  The 3 dogs and I were in the barn getting winter items. On the last load I told the dogs to go to the house. Watched all 3 go out the door and turned to pick up the last load to take to the house... LESSON LEARNED... STUPID will go back in behind your back and HIDE.  AND then when you go looking for her 15-20 min later you will see this 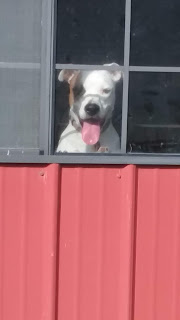 Wilbur and Rascal were sitting on the deck just looking at her. Guess they decided that since she didn't come out of the barn with them she could just stay in the barn. Usually they will bark if she is stuck some where like, the upstairs loft over the kitchen when the door gets shut. , the basement when the door is shut after she went down and Hubby thought she went outside something along that line. They went and did this when I let her out of the barn. Rascal being black makes him blend in some. 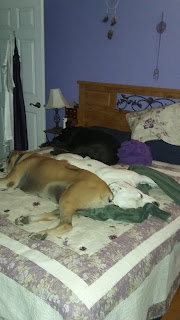 I have put in the pantry...
popcorn 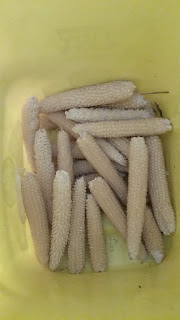 corn in the freezer 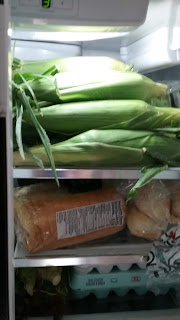 candy onions in the crates 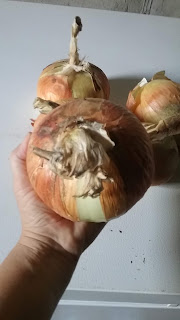 green tomatoes in the freezer 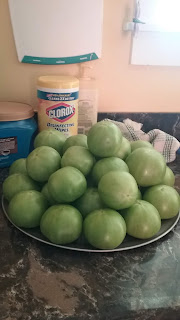 tomatoes and apple butter in the pantry 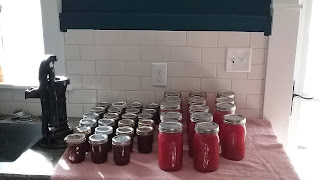 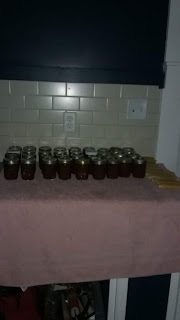 from all these apples 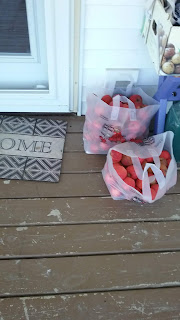 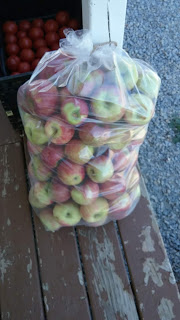 I cleaned out flower 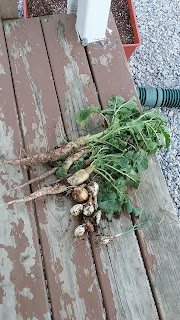 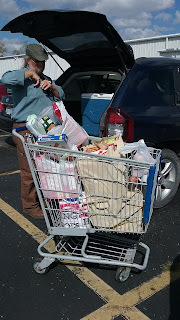 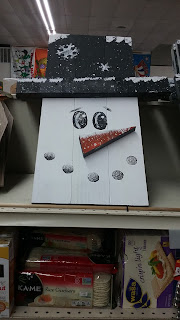 A young Amish lady I bought beets from while she was in the hospital having a C section came over to tell me that I left too much and she could either pay me the difference in beets or cash... KNOWING they don't have insurance and money is really tight for everyone as gardens didn't do well and those that earn their money through the produce auction was barely making enough to cover their costs. I chose the beets. THEN she told me that she had asked her mother in law for some beets because N's wife is her sister and her sister told her I couldn't find beets. SO I bought those beets also. 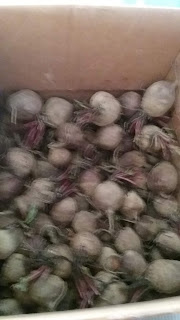 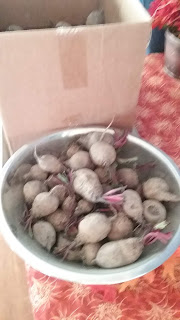 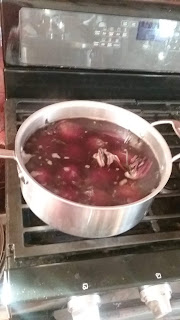 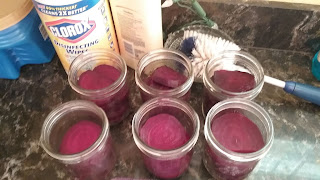 I am canning plain beets for my foster sister and mother as they don't can any more and are the only ones that like beets. Since I am canning them anyways. I will also make beet jam and beet and red onion marmalade. I have never done those before but it will be something different if I get it right.
THEN a friend called me asking if I knew where he could get 10-15 lbs of beets by Friday so he could dehydrate them. YEP I sure do. I will stop over and let her know.

I am still caulking and putting the house back together from being painted. There are a couple things I have misplaced...one being the hooks to the dining room curtains. Since mornings are in the 30s I definitely want curtains up and since I am not willing to go buy something I KNOW is here some where. I used clothes pins. 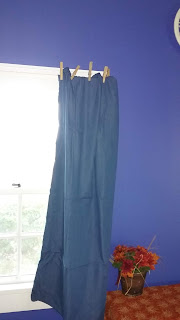 I pinned them so we could open and shut them with only moving 1 clothes pin. 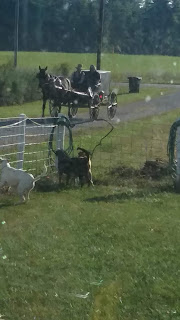 Not the usual to see an Englisher in the buggy.

Hubby spent some time working on the deck ramp. Not as far along as he had hoped to be due to rain coming in but at least the digging part is done 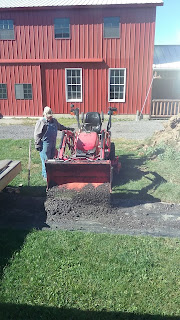 I took him to Lock 16 in Lima for his birthday. He got his steak but also go these scallops that were wrapped in bacon. He loves seafood but doesn't eat much of it here in Ohio since he was spoiled by fresh seafood while living in Alabama for work. 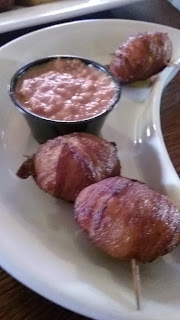 I think this will always be my favorite picture of him. 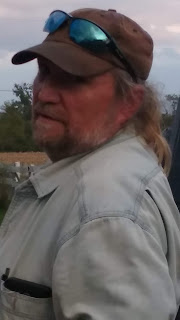 The Harvest moon was this weekend... I am thankful for what I did get raised and thankful for those that were willing to provide me with more to make sure my pantry was full. 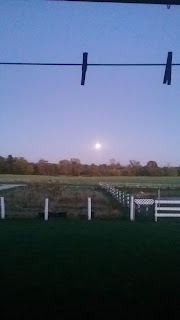 The sky was a violet color and it was wonderful to see.

Blessing on all of you