Week was going according to schedule THEN

I was having problems going up and down the basement stairs . I had to turn sideways to my left to not cause my right knee to give way. Banister is on the right... Hubby put this up 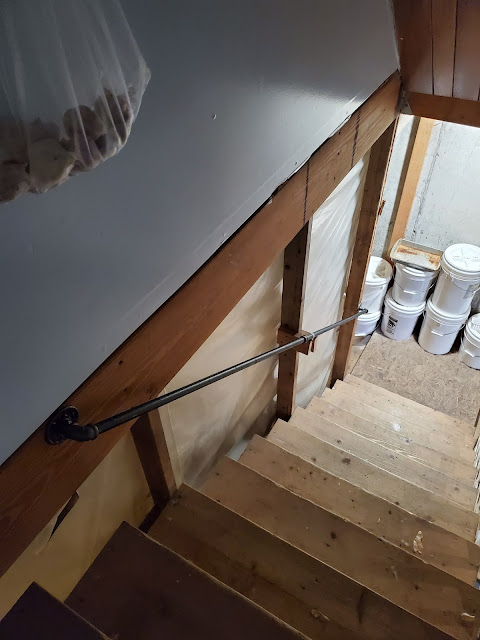 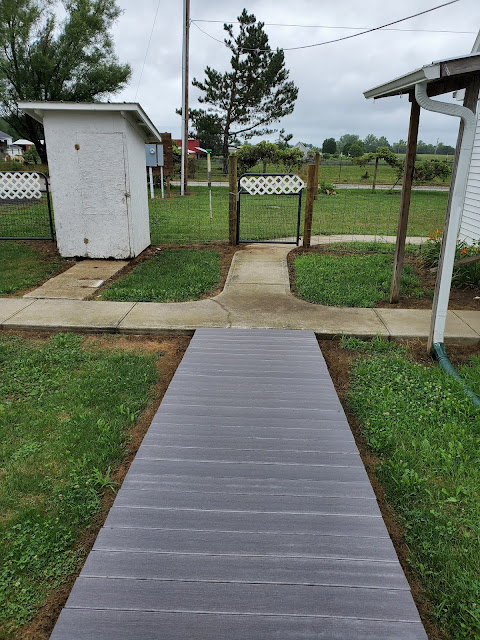 FINALLY the gate. We will need to change how it is hooked to make it easier for someone in a wheelchair but right now it's hooked with chain and clasp like all of our other gates.

I got the posts for the deck painted. Will have to touch up 3 of them when he cuts them. Though he was talking of flex sealing those areas as they will be against the deck it's self when ever he gets time to do that.

Hubby had NO work scheduled for Aug. We were figuring maybe a couple pop up of jobs... He is now ran over. One job is twice a week for the whole month. He now has 12 jobs in the next 4 days (not counting Sunday).

John, my financial guy handling my inheritance from Daddy, called and asked for a budget of what I needed for $$ for the rest of this year and next. He wants to make sure we are on same page. He also sold some stock that almost doubled my worth. Two days after he sold them, they dropped in worth about 50% so glad he is on top this crap instead of me. I hated reading the Morning star and following all that.He moved the "profit" over to the three stocks I told him I liked to be invested in more. Said it was a really good move and my brother also told him to do it since I said that.

Tomatoes ripened over night, they are paste tomatoes and very small due to weather. I lost 3/4ths of them to blossom rot that took over half of each tomato. I did get enough to collect seeds for next year and make a small batch of sauce.I can always go over to N and get tomatoes off him as his is a hoop house and he grows to sell at produce auction and it looks like the blossom rot problem is improving. Got a couple cucumbers also that I will make refrigerator pickles with to go along with the couple that was given to us by V. 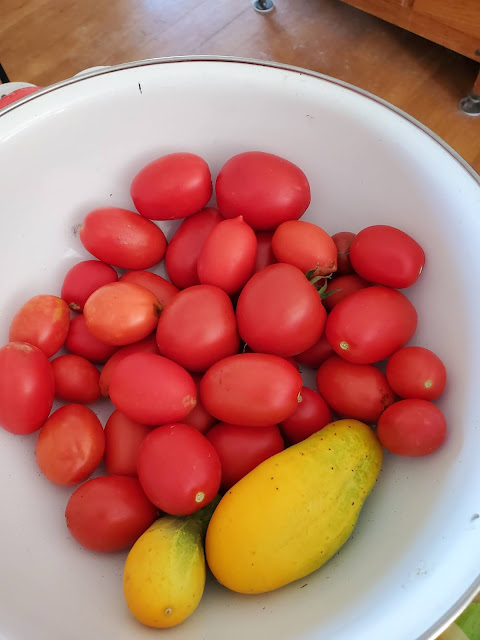 I had to dig up the entire 2 x 16 box to find the last of the red onions . Meant digging up the petunias also that was with them.Not sure it the petunias will survive the transplant. That was an 8 hr job. AND I have another box of candy sweet onions to dig up still. The red ones covered a 2 ft by 8 ft section on the front porch.

It cooled down and rained ... the dried beans have bloomed again or bloomed for the first time so I am back to picking them.

I have 18 trays in the dehydrator of herbs and still have more herbs that need dealt with.

I dug the Yukon Gold potatoes out of the 7 grow bags. Not as good as crop as usually. The other potatoes are still growing and blooming so I think these took a hit with the heat . 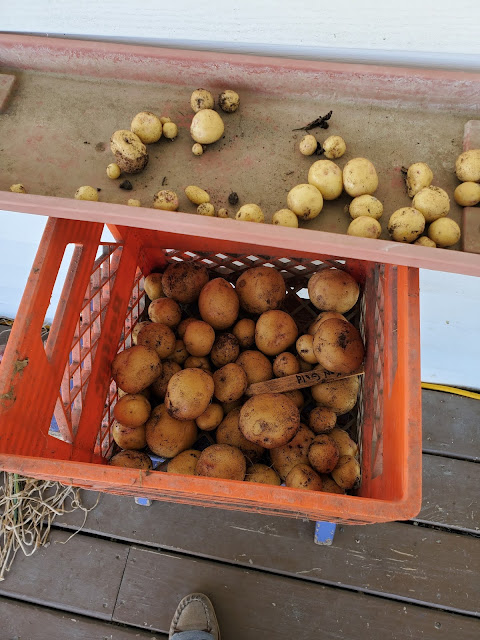 I picked another round of blackberries. These will make syrup. 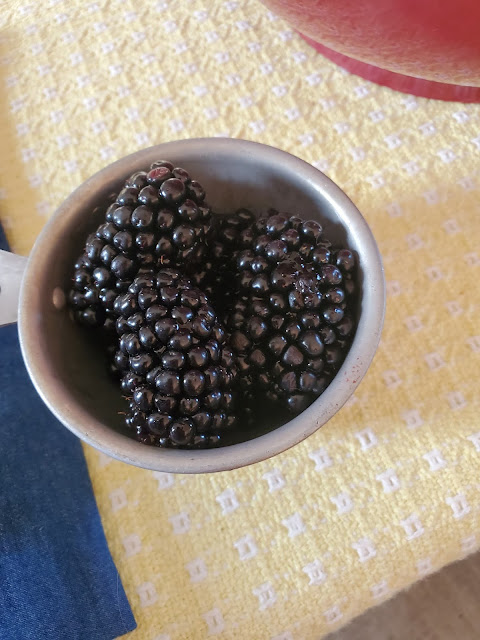 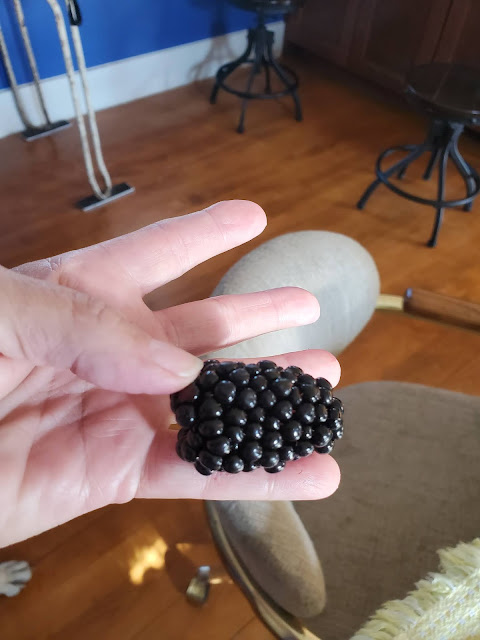 Hubby picked corn late last night also and put it in frig until I get to it today.

M sent over lettuce and 5 cantaloupe. E then brought home ground beef from a job where the women folk was the canning ground beef . No one wanted the last of the ground beef. M canned over 40 quarts and sent us the last 8 lbs as she wasn't even wanting to see it on the table for a meal LOL It filled a 1 gal ice cream container. We had hamburger patties, and today I am making a  meat loaf and a hamburger zucchini casserole(using the last of the zucchini that V gave us) for the freezer and some cooked to put in the freezer for tacos or what ever.

So the weekly cleaning, and the deep cleaning is on hold. Food comes first.

How is your week coming along?