Being frugal while sick....winter sowing 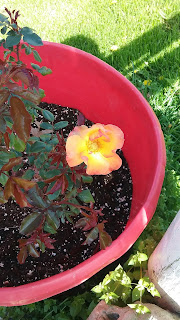 The rose my oldest sister(of my heart) has bloomed. 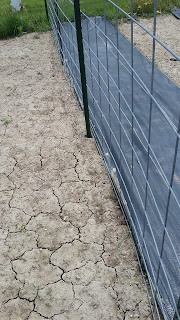 You would never guess it's been raining pretty much every other day here with the way this soil looks. My beans are planted here.With in  1/2 inch of the top soil it's mud. The quality of the soil is bad. E said the guy the owed it before his brother just kept planting the same crops in the same spot and never added compost or anything. N only lived here 1 yr so he wasn't able to get it turned around before we bought it. 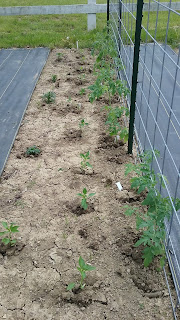 Tomatoes, peppers, marigolds and rosemary... lots of compost in the holes and fertilizer later.

The gourmet potatoes in the grow bags are doing decent 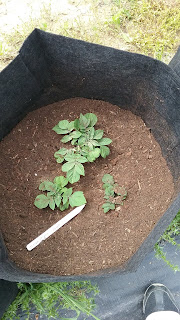 The winter sowing I did the first round did very well 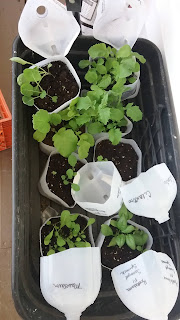 The second round did hardly anything but the weather was colder than normal and we got twice as much rain as normal so I think that was the why they didn't do well. 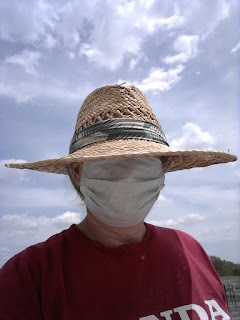 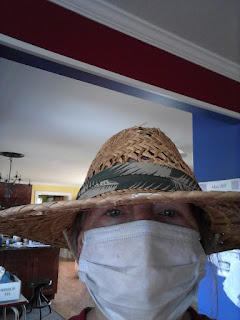 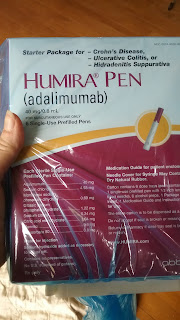 I now have bronchitis GRRR... now I can't take it due to being sick and on antibiotics... waiting until I am cleared by primary doc and then I can start. SIGH

Since I was sick and I have no flowers (didn't buy any at auction either) I cut some crabapple blooms for myself. 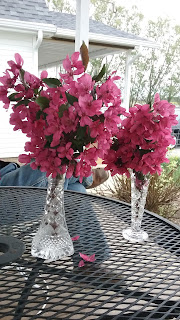 So while out for doctors' appts we stopped at a store the Amish had mentioned. It's called Stites. It's a discount variety store, had some coolers for marked down dairy etc. but mostly dry goods. I got bfast bars for 49 cents a box, face masks I wore in garden (50 in a box for  less than $2), I got a bottle of chipotle molasses marinade for us and Son 2 for 50 cents. I got 1 birthday gift, 3 Christmas gifts and a sign to hang over our archway between dining room and front room for 1/4th of what I had priced else where. Reminds me of the old Odd Lots aka Big Lots.

We stopped at Menards and used rebate check to get fertilizer and weed killer during 11% sale.

I have still not went to grocery store because of this... 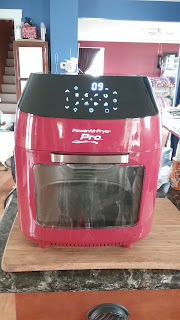 After reading bloggers, reviews, talking to others including daughter 1 who has an airfryer  and knowing it dehydrates also (I need another dehydrator as 1 died end of last year and this was the same price)... we broke down and ordered it.

It came in yesterday while I was in the garden and Hubby was trimming and mowing around wet areas.

I unpacked it today, cleaned it and read all the instructions (please do if you buy one READ ALL OF IT) and we decided we were going to pick out some of the recipes and do the "test drive" of it this week.

Meantime I am going to take another round of meds for this bronchitis and go find a table in the barn for my sewing machine as I found the scissors finally.