Monday what a weekend!

I called for propane as we are down to 24 %. I should have checked last Thursday

I called and scheduled our Moderna Boosters. Since Daughter 2 said that the Delta has joined omicron I would want to get the booster. She thought they were calling it deltacron

Barn that burned was up by last Friday. 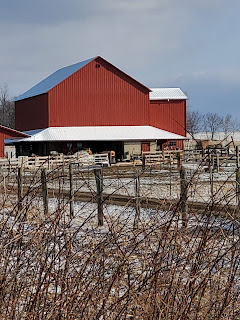 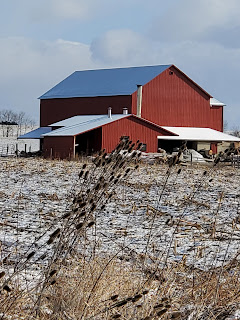 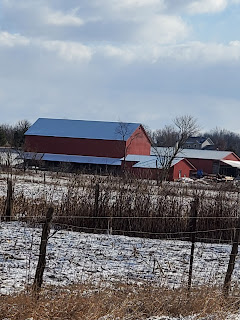 While dropping off horses on Saturday, one of the Amish told Hubby where the bald eagle's nest was. 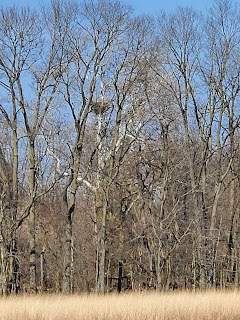 you might have to zoom in to see it as it's in the white tree branches.
Hubby got "snippy" with a friend who texted him out of the blue that I shouldn't be wasting his hard earned money on the hobby of gardening. Hubby first asked why he thought it was a hobby... because it's not a real job from a real employer where taxes are taking out of the paycheck. And it wasn't a real farm because we have no live stock (makes you wonder what he thinks of the farmers growing grain for that bread he buys at the store).Hubby texted buddy's mom and told her he was sorry her son didn't think she worked taking care of the home and him and his brothers when they were growing up AND included the message from her son to Hubby. Made sure they knew he had not asked for the opinion or even had been "talking" to his buddy about anything.  His buddy not only has his mother on him, but his dad, wife, both of his girls and his son in laws on his butt.  Hubby said if he had asked for the opinion it would have been different . BUT since it was just because his buddy saw a post from Hubby's mom about the 150 seeds I planted Friday, his buddy thought he should text Hubby and tell him.
I have a few family and friends that just got over covid. Two told me they were warned they could develop dementia/Alzheimer's 20 to 30 yrs sooner than normal and it will be worse with those that already have mental illness like bipolar etc. AND since the Buddy just got over Delta covid it and is in his 70's ...it made me wonder about his mental health. 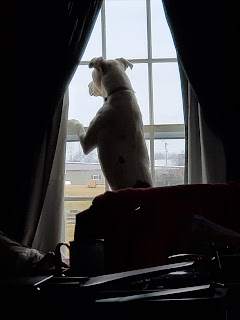 She is watching the bunny in E's field. Had to stand on the back of the love seat to get high enough