you never get anything done...

you screwed up royally

you are just too freaking tired of the daily grind...

YOU ARE NOT ALONE. 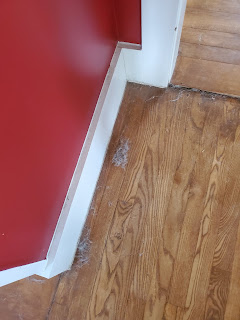 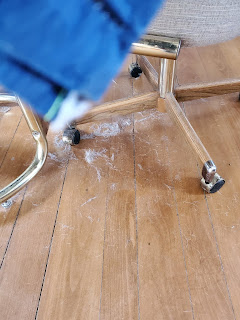 If I don't dust mop at least every other day, by day 3 I have tons of fur balls. Doesn't matter the season... with these 3 it's ALWAYS.

Dishes are always in the sink waiting for the dishwasher to finish or be unloaded.

Ironing is still behind.

I am planting seeds to go under grow lights daily and moving grow lights up as the plants grow taller.

We have 6 trees that need to be planted, 450 onions that this freaky weather has on hold so daily I am doing what I can to keep them alive and healthy knowing the weather will turn and I will be SO FAR BEHIND on painting garden boxes and getting them together SIGH.

Three of my kids have told me they have friends that screwed up when paying their bills so I will share that... One is my ex son in law's mother..She's 65.

She paid the gas bill but not the electric... she heats with gas... but she cooks with electric, the frig is electric and the 3 space heaters and water heater are electric. DUH moment when she realized she should have paid the electric and called the gas about not being able to pay.

Another is an ex of my kid that paid his cable and internet bill but not the electric bill and then wondered why he couldn't get on line or watch the cable. This is the same one that didn't pay the water/trash bill when my kid was married to them and stuffed all the trash in the soon to be baby's room. At the hospital he told us what he had done and that there was no water at the house either... His parents paid the bill and we hauled out the trash. His kids ripped him.

Another friend said they ordered dog food and treats but forgot to order the groceries and they were now out of money. My kid got them groceries.

Hubby was paying the credit cards his ex ran up with cash advances and not paying his mortgage and him and his kids almost ended up homeless with a foreclosure. I paid the mortgage to catch them up (we were all classmates and friends) AND this is why he doesn't do the finances alone. LOL

I've tossed food more than I want to, I don't keep in mind that even though today is a good day it can change in a heart beat like two nights ago when I woke up in the middle of a Crohn's attack and have been struggling through the days.

Today I got 8 out of 24 ..I am trying to keep in mind I "lost" 4 hours due to going after Son 2's car that was fixed and taking it to him at work and bringing my jeep back home FIGHTING THE WIND all the way. Jeep doesn't do well in high winds as it is very light weight.

Hubby's day hasn't been any better than mine and the rest of the week isn't going to get better either. He figured out a way to put his DOT #s on the truck but not on the actual paint. AND then the job he was supposed to have this afternoon was canceled. THEN he was called and asked to go find out what an order from an Amish guy wasn't delivered (because the guy forgot he canceled it ) and then the order he was to do tomorrow is iffy and won't find out until he gets there to pick it up and another one called and said his was ready but his driver didn't show up. AND NOW Friday and Saturday have small jobs AND all of them are at OUR meal times. It happens when the time changes as Amish do not do daylight saving time.

my thought tonight as I head to bed at 6 pm is that it's okay it's not done. DUH moments and lazy or just plan tired of it all are okay moments too...AS long as we realize it and move on.

Tomorrow is another day. And if I die tonight... the kids will get a good pantry as their inheritance because Hubby will definitely won't be cooking from scratch.