It's Sunday, what is usually my day of rest ...but since I know I am going to spend a day mid week with my dad and in laws I thought I would do a little prep work.

I was sick this morning so Hubby had cold cereal for bfast.

We had a bowl of soup and crackers for lunch and 2 cookies for 2 pm tea snack time.

Hubby went to a meeting and texted me that one of the guys gave him a gift card for a take out restaurant that he wasn't going to use so Hubby is bringing dinner home for free.

We opened the doors , turned off the heater and let the house air out. Charlotte loved running in and out which pretty much helped us to choose a dog door for 209. The husky in her definitely comes out.

I decluttered 4 boxes that was sitting in our bedroom tossing about half of what was there.

I baked 3 pounds of chicken breasts for wraps and chicken salad for this week.

I put 1lb of beef cubes in water to  roast while the chicken breasts baked so make beef and broth for noodles for this week.

I watered the tomato plants I have under the  grow light in the front room along with all the house plants.

I started packing for our move this summer. We can store things in the barn as it locks up tight. I packed 6 boxes and we made some choices of wheither to keep all the curtains even though we should have extra or get rid of them now. We decided to pack them and decide later as we also have  Daughter4 moving this summer also and she might need curtains. I put these packed labeled boxes in a room that is empty (except needing the curtains flipped out to sheers that was hanging when we moved in 8 yrs ago) and I am down to the closet in another room to be gone through and packed....one down , 17 to go LOL Doing one room a week.

Contractor decided to use a barn door on the one bathroom as a regular door would cause a problem if I was in a wheelchair and coming out of the bedroom when someone came out of the bath...we looked at the other bathroom door and if the contractor says it will work we will be putting a barn door on it also... I found the railing for 50% off and Hubby decided to make the doors himself. He found the wood that matched what we were looking at and it will costs less than $200 total for each door where if we bought it  at the store it would be over $1000 for each door and that didn't include the railing or recess handles.

My son sent me pictures and measurements of his bathtub and what his shower head was, I really really like his tub and shower. I passed that info along to our contractor as I already had bought the shower head and he said he had just installed the same tub for his parents so he knew right where to go get it. Now I don't have to start checking out tubs , saving gas money and time for me.

Monday
I started fluffing the pillows and bedding as soon as I let Rascal and Charlotte out at 5:15 am. It will help with the allergies flaring which means less OTC meds being bought.

I filled out the 2 Menards rebate forms, made copies of them and then have them ready to go out in mail.

I did the Kroger's survey for the 50 fuel points.I am "short" $22 of having another 10¢/ gal off and that's only because they were out of Wendy's gift cards.  We have found if we use gift cards for eating out we stay in budget. Actually we spend less as I have found 3 gift cards we haven't used. We did get another Bob Evans hoping that Daddy will get well enough to go out with us. Brother said he seems to be getting better physically...not so much mentally.

We had a late lunch early dinner as Hubby was gone all morning and then had to turn around and leave for a refresher class as a weather spotter. Both of us had fruit later in the evening as a snack.

We had bagels for bfast

We had to take a check to our IRA guy that Hubby's old employer sent , we took the shortest way to and from . Coming back the Ford's ABS light came on so Hubby called our mechanic and it will go in Wed night to be looked at first thing Thurs. morning..He allows us to make payments if we can't pay in full and he doesn't require it to be paid off to have your car back. Few and far between on mechanics that way.

Chicken fajhatis for dinner using the chicken I cooked  on Sunday. The rest will make chicken salad.

It's been a rainy and windy day to stay inside once we got back home.

Wednesday
Hubby got up and immediately went to get his blood work done.

We had bagels and cream cheese when he got home.

We priced the exterior doors along with storm doors which included the debate of one or two doggie doors.

We went over the "to buy" list for 209, changed the style of fencing to keep the dogs in the yard to the cheapest we could find with the thought of changing to what we decide on later. We hope to reuse some of what is there but move it to suit the dogs as it was put up to contain goats.I decided to make wood shutters and then decided to make these to cover the bottom half of the window. I think I found them on pinterest and followed them to here http://www.instructables.com/id/DIY-Pallet-Wood-Vertical-Blinds/ 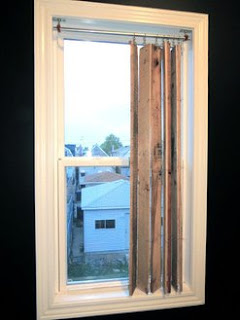 I will use the "left over wood from the barn doors Hubby is making for the bathrooms.

We had wraps for lunch and beef (cooked on Sunday) noodle over mashed potatoes with salad.

Thursday.
We had bagels for bfast

We finalized what we still had on the to buy list for 209, and made a withdraw from the retirement fund.I ended up with the shakes , it was about half of what we thought we would end up pulling but still.

We ordered the compact tractor that came with a front bucket and back hoe and Hubby ordered a mower to attach also . Since it was a cash purchase we got a discount of 25%.

That cushions the fact our mechanic let me know I have only a couple more months left of driving my Ford Explorer. I have ran the wheels off more than once I mean ACTUALLY ran the wheels off. I've had it 15 yrs and would just LOVE to have it another 15 yrs.It's just not worth the thousands it would take to keep it going. SO that is a big look for on my to do list.

We went over to check on 209, good thing we did as the roof was leaking at the chimney, not bad at all and no damage done because we caught it. We did what we could to protect things and let the contractor know who was sending someone ASAP. Hubby thinks the chimney cap got knocked loose some when they were roofing and the rain today came in at the right angle to cause the leak. Better NOW than later AFTER the ceiling and floors was done.

Topped off gas at a little gas station that was 30¢ cheaper than everywhere else.

We had left over beef noodles over mashed potatoes, cottage cheese (Hubby topped with Apple butter)applesauce, pickled beets (for me only) and biscuits for dinner.

Friday
We went back over to 209 and checked on things (Contractor had already let us know they took care of issue of leak) And showed Son2 the house as he meet us there. He walked through, made a few suggestions and then stood on the kitchen porch and put his finger to his mouth for me to be silent...I couldn't figure out what he was trying to hear and then he looked at me and said... I need a chair so I can sit here and listen to the birds. He walked in to the dining area and we asked him what he thought,,, his words were "I am committing both of you to Shady Pines (Golden Girls reference but there is one in Florda for real) I asked him why, his response was "I want this house".

We all met up with friends at Hong Kong... no coupons but Son2 hasn't seen friends in a couple months and won't again until summer so we sucked that up.

We got gas at Krogers using my fuel points.

We went over to see Daddy...doing better physically, even taking himself to go look outside at the front door (they have a seating area for people to set and look outside) He is eating good and starting to flirt with the ladies...that is definitely normal. He knew who I was, asked about where we were at on the house, talked about the Reds opening game with Hubby. IS eating good and starting to make friends.

Then we went to see Hubby's parents. His Mom is having trouble walking up and down stairs, know she's going to have to have both knees replaced but she has to lose weight...and that's hard when you can't hardly walk to begin with and do not swim. His Dad is still having trouble with breathing but is at least able to get up and move around some. He is back to going to church. They had been over to see the house and was talking about coming over to visit and help with stuff.

We had a quiet day, ate chicken salad and broccoli salad for dinner. A close family friend died last Thursday and her viewing is Monday with funeral Tuesday. She was the 3rd death for us this year.