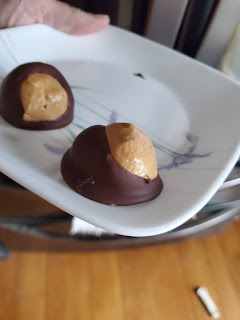 About 1 1/2 inch ball of peanut butter mixed with powder sugar and dipped in tempered chocolate.
Posted by Chef Owings at 3:05 PM 3 comments: 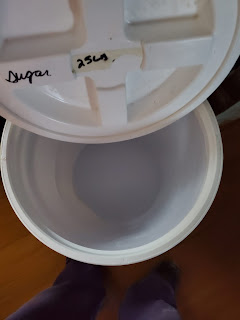 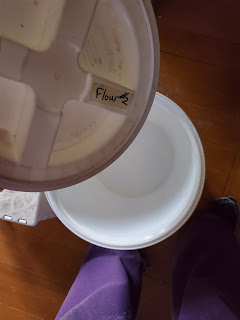 empty buckets from flour and sugar. 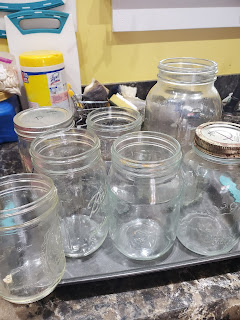 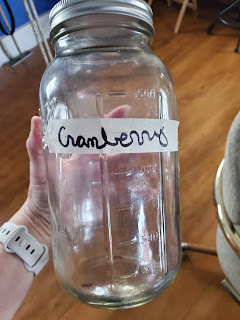 empty of cranberries and King Arthur fruitcake fruit blend. The rest of the jars was in the dishwasher. 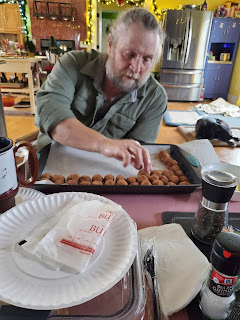 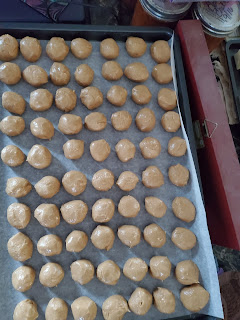 377 later, I don't care to see any buckeyes for awhile LOL Took less time to dip them than it did to roll them. 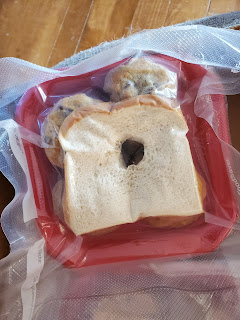 Vacuum packed cookies. Hubby always cracks on me when the homemade bread is holey.... I think he decided it's not just homemade bread that has that issue. 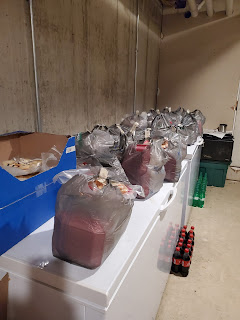 Box is for the VFW the bags are for the kids and grandkids... delivered. SO I can get back in my freezers as they covered all 3 up before I bagged and the VFW and sons covered a counter top.

Hubby confessed to kids he opened the present he bought for me and played with it. I asked for an air nailer from Menards.  Worse is I caught him playing with it as he thought I was asleep, like I wouldn't know that it had been opened??? The kids and grandkids "nailed" him. He is one of those husbands that if you don't ask and tell exactly what you want and where to buy it, he won't get you a thing not even a card.I just have given up.