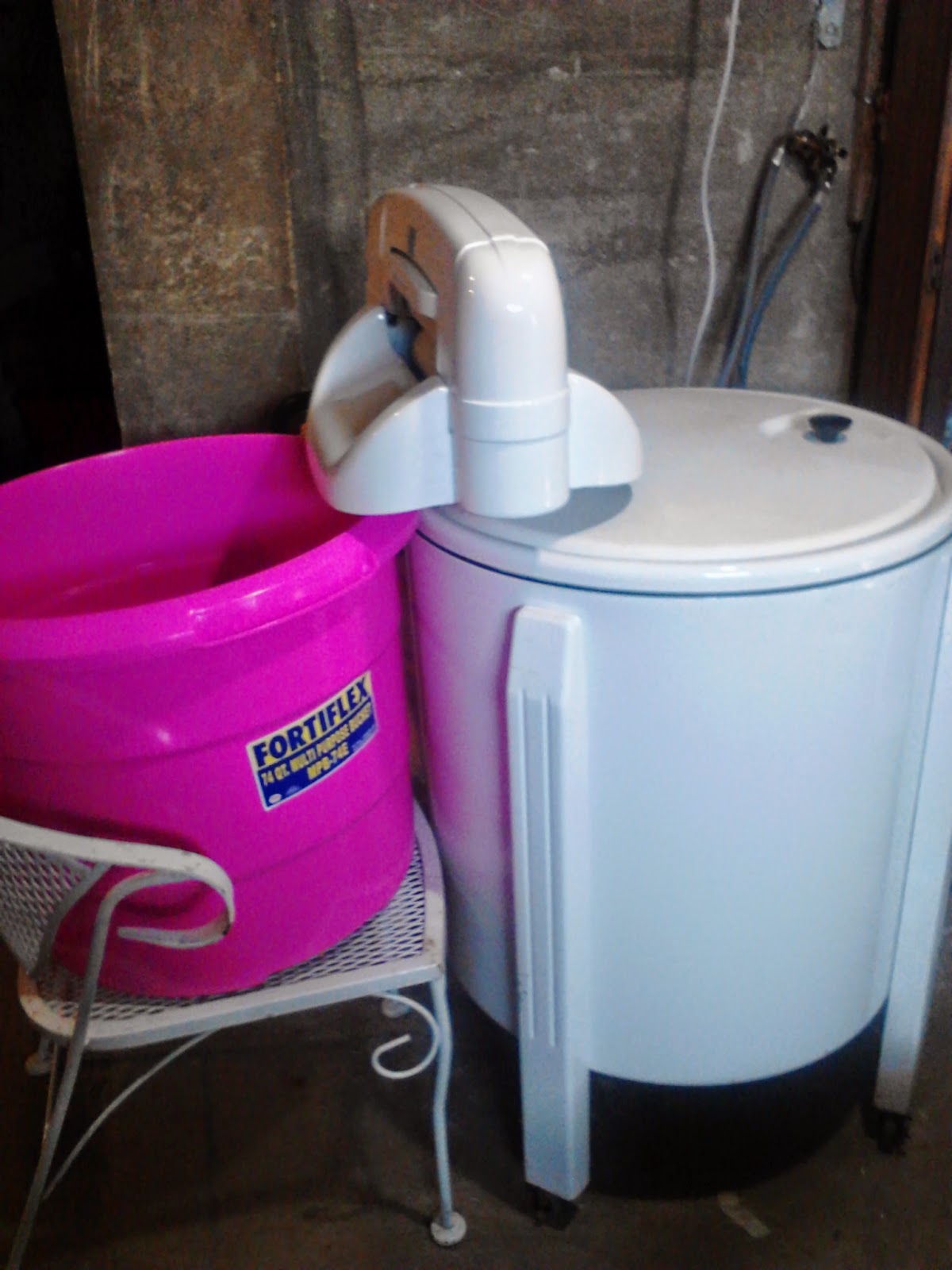 Remember this? Our kids were thankful we found a washer, that we weren't be spending our grocery money at the laundromat but there was concern of the amount of work it would cause me to do the laundry and the age of the washer. Truthfully I enjoy doing the laundry more and I do it less often and the clothes are coming out cleaner. 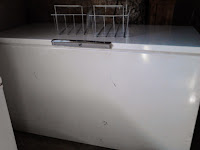 This is the used freezer we just bought.  We had been looking since the other one died. Saved up a couple hundred knowing that a used freezer was just going to be a stop gap until we could afford a new one. Hubby went to a couple auctions, we checked out the want ads etc...always sold or up right or had sat off for a long time with door shut...not good or was a very small freezer. Just when we thought we would have to buy a new freezer that was really too small, there was another auction close by that had a freezer listed. BUT it had been sitting turned off (the door was open so it didn't stink).As the price went up Hubby decided he wasn't willing to sink that much money in a maybe it will start back up freezer. He turned to walk away and an old friend from work ran into him. They got to talking and the old friend told him another coworker that had retired had a yardsale the other weekend and the deep freezer didn't sell and gave him the phone number. Hubby came home and called...and there it just gets interesting.

The freezer was the sister-in-law's that had died and they were clearing the house. They hadn't really put the freezer up for sale...no one was really interested in it because it was old but still working, was on and cleaned so they were going to just let it go with the house.It was the size we wanted and a chest.

When we went to get it the store comes out. First it wasn't put up for sale because they used it as the table during the yard sale. A lady had asked about it but since they asked for $50 for it she walked away.The sister-in-law died from cancer. She liked to buy things and then give them away to those that needed them...like my Mother. The co worker's wife's name is exactly the same as my Mother.  The freezer is bigger than we were looking for it, it runs and it's clean AND it's over 40 yrs old. Yep over 40 yrs old...

A blessing and I still believe Mother was looking from heaven guiding us to this freezer.
Posted by Chef Owings at 6:54 AM 1 comment: