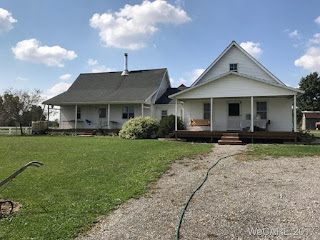 We just keep reminding ourselves we knew there was going to be a lot of work, just didn't expect this part to be as much work. 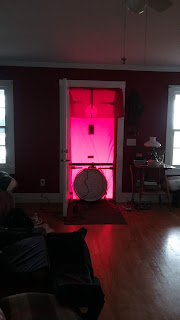 There was a blower door test to mimic a 20 mph wind and thermal imaging to see where the air leaks was.

The audit through our electric company was $50. I have seen these audits run over $300... Even so I would have paid the price.

SIGH.  We really wished we could have had this done BEFORE we had all the work done so it could have work would have been done and the cost covered under the loan. 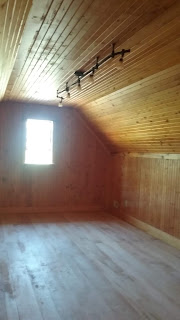 The 4 rooms (aka lofts) upstairs, every single seem of the walls need caulked.Which told us that there was no under wall under the paneling , just attached to the wall frame.

Four attics have the insulation installed BACKWARDS. Instead of taking it all out , we were advised to just add an air barrier.

The entire foundation needs insulated. Great Stuff is the answer to that. We will need to either crawl under porches to apply it or just put up boards on bottom of porches with insulation board on the back of what ever we use to enclose the porches. Deck will also have to be done when we get it built.The 18 yr old that built this house on his own just didn't know that you are to insulate the foundation footing. Believe me for an 18 yr old he did very well building. There are a few things not done right and you definitely understand it was his age and just not having the wisdom at that time. 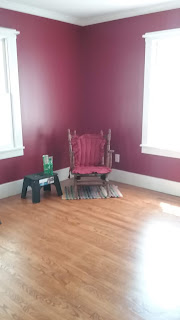 This entire front room needs caulked along the baseboard and heater vents need caulked AND the crawl space under it needs the duct work repaired.

The vent to the wheelchair bathroom shower needs fixed

All 17 windows need caulked inside and out. One window need replaced or a storm window made for it. All windows need new seals. We thought all the windows were bad and would need replaced and they don't at this time so this was good news?

Two doors !!!NEW DOORS!!! need new seals.Funny thing was our French doors (French doors are well known for air leakage) wasn't leaking at all even with being out of alignment. The threshold that was installed under it was.

Outlets in some areas are leaking air. I had not done all of those, not sure if the insulators I used were old or if I missed some. I know I hadn't done the upstairs.

The old electric meter needs removed and sealed so it will no longer be leaking air along the electric wires.

The attic work will have to be done this fall as it is way too hot in them to be working. We were advised to do the pump house and the house foundation FIRST. Hubby is going to be on that. I get filling in the missing insulation in the basement and caulking everything  ( I hate caulking but Hubby makes such a mess with his tremors) and our GOAL is Oct 9th (Hubby's 61 st birthday) but if needed finish the attics by Thanksgiving.

THIS IN ON TOP
of the 160 items on the final punch list for finishing this house.