Daughter 2 let me know she was coming up Sunday, her boyfriend (ha ha they are over 40) was bringing her. She's laid off. Two of her sons and the one girlfriend came in their own car. JD told me he came to see us because he knows if I get this I most likely won't make it. He wanted me to know he loved me, respected me and was thankful for all that I had done for him and his mom and brothers. DN told me the same thing. They understand the reality better than a lot of adults. Daughter 2 said she was glad we were in this area with neighbors that will help. Her boyfriend (actually a kid that was in and out of our home when they were growing up) was in shock over my pantry. BUT they both agreed they should be doing the same. Daughter 2 who has NEVER baked bread (but makes popovers) asked for 1lb of yeast. She's been out of bread for 4 days. 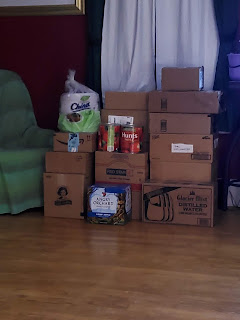 I had steak, onions and mushrooms fajitas Saturday night
We had it as leftovers Sunday 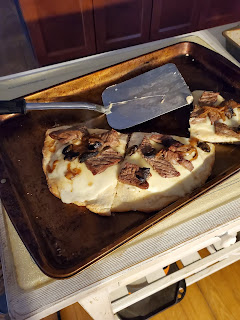 I have 2 more pizza crusts that need used up. 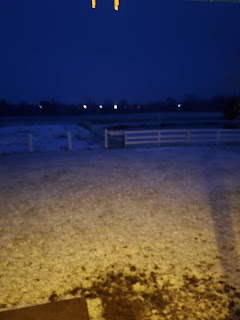